Cow colostrum powder is suitable for the individual manufacturing of food supplements, sport and special nutrition, cosmetics and animal food supplements. Colostrum is a thick, sticky, yellowish mammary secretion (first milk) that all mammals provide to their newborns during the first 24–48 hours after delivery.

The constituents from Cow colostrum (BC) are more potent than human colostrum. This means that cow colostrum for humans effects the overall being by providing them the strength to build their passive immunity. They can rely on cow colostrum powder to gain health benefits which makes this supplement cow colostrum a promising nutraceutical supplement to prevent or mitigate various diseases in newborns and adults. 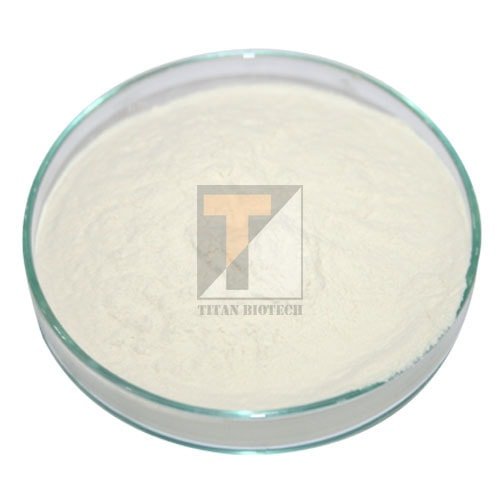 The components can be classified into three major categories:

ALLERGY RELIEF: Allergy is a hypersensitivity disorder of the immune system occurring due to an improper immune response to harmless substances. Proline-rich polypeptide (PRP) present in colostrum functions in relieving symptoms of allergy and autoimmune diseases: pain, swelling and inflammation.

ANTIMICROBIAL EFFECT: Antimicrobial peptides are in present in the colostrum that helps in preventing the bacterial infection

AIDS IN WEIGHT LOSS: Leptin is present in Colostrum that induces satiety or feeling of fullness and reduced desire to eat more in addition to Insulin like growth factor (IGF-1), which is required for the metabolism of fat and energy production. BC a promotes tissue repair and regeneration of lean muscle growth, consequently escalating strength and endurance.
Elderly humans and type 2 diabetics seem to suffer from inadequate production of IGF-1. Thus, BC supplementation could be an attractive therapy for weight reduction, especially among diabetic and obese populations.

IMPROVES ATHLETE PERFORMANCE: Athletic training and competition include strenuous exercise which can slow down the immune system, eventually decreasing the number of immune cells. Due to these reductions, athletes are more prone to develop chronic fatigue syndrome. It is quite popular into People related to sports background as it has become a popular dietary source due to its valuable nutrient contents. High performing athletes can increase the efficiency of the digestive tract by using colostrum as a dietary supplement.

WOUND HEALING: Topical application of the colostrum constituents has depicted significant promotion for open wound healing due to the presence of nucleotides, lactoferrins and growth factors that promote cellular and skin growth and also help in repairing DNA and RNA damage.

ANTIOXIDANT & ANTI-AGING: Colostrum contains the precursor to glutathione and antioxidants that are known to clean up all pollutants from your skin and body and reverse the damage caused by high levels of reactive oxygen species and oxidative stress.

BOOSTS IMMUNE SYSTEM: Colostrum are rich in immunoglobulins which are helpful in enhancing the immune response. BC supplements may be useful in patients infected with HIV to restore the immune system.

AIDS IN FIGHTING AGAINST CANCER: Colostrum increases bioactive compounds which defend against cancer. Lactalbumin present in colostrum is responsible for inducing death of the cancerous cells. Cancer metastasis could be inhibited by the growth and immune factors present in colostrum.

The standard colostrum dose intended as a protein supplemented or intestinal health agent is between 20-60g daily.

Get Product Details Within 24 HoursX